New year or not, we have to get back to the book business. Since the beginning of January, I have thrown myself into “The Rogue Valkyrie” series. Book four, “Valkyrie Betrayed” is back from the editor and waiting for me in my inbox, book five, “Valkyrie Fallen” is ten chapters in and counting, and the prequel to the whole series now has a shiny new name: “Blood & Shadows”.

“Blood & Shadows” has been so fun to write. The entirety of “The Rogue Valkyrie Series” reads from the perspective of valkyrie curse-breaker Rowan McQuaid, so writing a novella from her vampire lover Nate’s perspective has really shaken things up for me. “Blood & Shadows” captures a snippet of Nate’s life in London in 1893, facing off against his vengeful cousin. In a week or two, you’ll be able to read it for yourself. Yes, “Blood & Shadows” will be available free to all my newsletter subscribers, so keep an eye out!

Alongside this prequel, writing “Valkyrie Fallen” has been a blast. Rowan is really stepping up her butt-kicking game and explores some truly magical settings for the first time. Now we are a little further along in the series, she is also conspiring with brand new, never-before-seen species to take down the evil Oliver Driscoll. But, I’m getting ahead of myself, because first comes the release of “Valkyrie Betrayed” which is due to hit shelves on February 16th! In case you’re wondering, yes, you should absolutely buy all the paperbacks of the series for your book-loving sweetheart in preparation.

Prepare for magic, mayhem, and Nate’s secrets revealed in “Valkyrie Betrayed”, which you can pre-order at this link. Here’s a cover teaser to keep you going until release day! 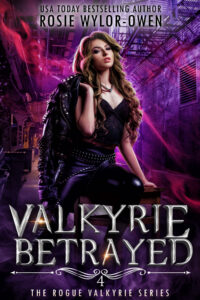 Plans for the rest of the series are coming along nicely. Book six plans are underway, and seven books are planned in total. But I’m not ruling out a book eight or nine if the story allows. Truth is, I already have plans for a new series that I’m looking forward to starting. But I can’t start a new one without finishing the first…right? Hear that? That’s the sound of the indie author community laughing at me.

If you haven’t started “The Rogue Valkyrie Series” yet, check out book one “Valkyrie Cursed” at this link. If you’re a fan of urban fantasy and paranormal romance books, this series if for you!

Look out for my next announcement which will let you know where you can find the free prequel, “Blood & Shadows”.

This site uses Akismet to reduce spam. Learn how your comment data is processed. 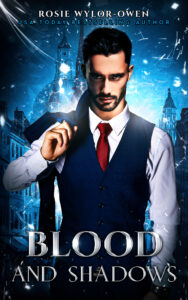 GET YOUR FREE COPY OF
BLOOD AND SHADOWS!

What would it take to kill your own family?

1893. After Nate Hallewell investigates the attack on a Whitechapel brothel, he suspects vampires have returned to London.

When his demonic employee is plunged into a coma by a cursed package, Nate learns that his cousin, Josiah, has come to exact revenge on him. With the help of local witches, Nate turns to magic to protect his employees and friends from the onslaught of vampires who are out for their blood.

When Josiah forces his hand, Nate has an impossible decision to make: kill his sadistic cousin, or watch him destroy everyone he cares for.